Represent targeted intervention in a community, intended to educate and trained local leaders who possesses the ability to become educators and who are willing to pass down this knowledge to future generations, with the goal of transformation their communities in a sustainable way.

This initiative consists of a delivery of a targeted education and training to a carefully selected local leaders in the community of Hinche, intended to build their capacity, and to empower them to work collaboratively to solve problems facing their communities.

Our one-year pilot project objectives include:

The leadership development initiative is divided into an education designed to build the capacity of the local leaders so they can achieve personal success and a leadership education and training component designed to providing them with the foundational knowledge, resources and tools necessary to assess and solve problems in their communities.

The objective is to provide the local leaders with education, tools and resources so they can have new opportunities in their home town.

The problem we are trying to solve by building the capacity of local leaders in Hinche,

Haiti: In Haiti, there is very high unemployment, young professionals who are ready to contribute to the workforce are leaving the country on a daily basis to look for job opportunities in other neighboring countries such as dominical republic, Chile, brazil.

Opportunity: The digital market provide new opportunities for anyone, anywhere in the world to earn an income and to further your education online, assuming that they have access to the internet, they are able to use the technology, they have mastery of the English language, and if they possess specific skills.

The problem we are trying to solve with the Leadership development initiative:
It is well recognized that the most important indicator for personal success and collective success is leadership skills of the people in leadership position. Leadership is a process in reach to anyone with the proper education and training.

Leadership education: Initiative is to enhance natural leadership abilities, traits and talents of selected local leaders, by providing them with the fundamental knowledge of leadership, that will allow them to adapt to their equip them with the skills needed to innovate, work collaboratively to create a culture of collaborative success.

The community leadership: section will allow the local leaders apply the skills learned to solve problems facing their communities

Like Haiti, both the Democratic Republic of Congo (DRC) and Singapore have had a tumultuous past including economic and governmental instability. By analyzing their history, steps towards reformation, downfalls, and achievements, we can avoid previously made mistakes and identify potential pathways to success for Haiti. The DRC and Singapore were chosen for their likeness to Haiti in its involvement with foreign parties, access to natural resources, and recent governmental development.

In terms of natural resources, the DRC is considered to be one of the richest countries in the world (Global Witness, 2009). Diamonds, timber, cobalt, gold, and coltan run throughout the DRC’s land and are highly sought after by foreigners and locals. These natural resources have been exploited by foreign countries for personal gain including technological and economic development without restitution (Montague, 2002). That same exploitation has come from within the DRC by past leaders. In addition to their selfishness regarding distribution of natural resources, past leaders have left an even bigger impact by never developing systems to control trade and distribution of wealth. Furthermore, the lack of strong leadership and consequential lack of law and order allowed for neighboring regimes to exploit the DRC as well (Global Witness, 2009; Kitenge N’Gambwa, 2011). On the other end of the spectrum, Singapore lacks needed natural resources yet thrives as the second richest country in the world based on gross national income (The World Bank, 2019b). Like the DRC and Haiti, Singapore was a colonized state and only gained independence recently. Lee Kuan Yew, the first Prime Minister of Singapore, has been revered for his dedication and hard work that built the foundations of today’s successful Singapore. Yew’s dedication to developing infrastructure allowed for foreign exchange and capitalization on geographical proximity to trading countries (National Public Radio, 2015).

A notable difference between the Singapore and the DRC

is the level of leadership each received. Whereas the DRC has been plagued with self-serving leaders without adequate knowledge of running a sustainable government, Singapore has risen under the effective leadership of Lee Kuan Yew and his successors. Yew recognized his responsibility to the diverse population of Singapore and strived to follow a path of strength and courage. He also spent considerable time finding and preparing his successor and team so that the system would continue to thrive after he left (Business & Leadership, 2019). To have a sustainable government which has a direct impact on economy, health, and quality of life, a leader must recognize that the system transcends the individual.

Observations of similar countries to Haiti such as the DRC and Singapore makes it evident that leadership plays a significant role in creating and maintaining a balanced state capable of providing for its people and more. The role of the leader is not limited to carrying out delegated duties but bringing together a community to teach and uplift to a point of prosperity both economically and socially.

The story of Toussaint L’Ouverture inspired our approach

Haiti, like the Democratic Republic of the Congo and Singapore, was a colonial state that gained its independence in 1804. Haiti was a ground-breaking country, the first country founded by former slaves when the major powers of the world, including Britain and the United States, were still using slavery as their main workforce. The revolution for freedom and independence was a moment of unity among the newly freed people of Haiti, formerly named Hispaniola (The Editors of Encyclopaedia Britannica, 2017). Unfortunately, the prosperity of their independence declined as existing problems worsened and new problems arose.

While there have been a multitude of factors contributing to the living conditions of Haiti today, many of those factors could have been mitigated or prevented through effective leadership. To understand the role leadership has played in Haiti, it is important to revisit the first effective Haitian leader: Toussaint L’Ouverture originally named François-Dominque Toussaint, was born a slave in 1743 and has been revered as the leader of a revolution that lead to the freeing slaves across the land and establishing a freed-slave colony (The Editors of Encyclopaedia Britannica, 2019b). L’Ouverture’s story is one of resilience, strength, and resolve. He was educated by his father, also a slave, to speak and write French. His use of the French language as well as his commitment to working won him favor with his plantation master and he moved up ranks until reaching the position of steward and eventually a freed man. His position as steward allowed him to test the boundaries of leadership as he learned how to appease the wants and needs of the working slaves and French masters. Similar to Lee Kuan Yew, L’Ouverture was aware of the need to accommodate the diverse population residing in one spot to reach a point of peace that allowed prosperity (The Editors of Encyclopaedia Britannica, 2019b). When slave revolts broke out in the northern part of now Haiti, he was originally uncommitted, but he soon joined ranks to dispel the acts of violence and fulfill a chance of freedom. L’Ouverture built an army capable of expelling French and Spanish forces from now Haiti and won the support of the newly freed slaves as well as many residing French and mulattos for his acts of diplomacy. Even though L’Ouverture had removed many ruling French from the island, he still committed himself and the island as French with special laws that guaranteed freedom (The Editors of Encyclopaedia Britannica, 2019b). It was for his acts as a military commander that he was given the name he is famous for now: Toussaint L’Ouverture, which roughly translates to an “opening”. After resolving external conflicts, L’Ouverture also created infrastructure that supported all persons residing in Haiti. Freed men and women worked on old plantations but received compensation for their work which allowed for economic growth and prevented complacency and idleness that could lead to resentment (The Editors of Encyclopaedia Britannica, 2019b). L’Ouverture’s ambitions did not end with Haiti as he also aimed to abolish slavery in the now Dominican Republic and create a united island. This action was bold to Napoleon Bonaparte who later imprisoned him until his death for these acts (The Editors of Encyclopaedia Britannica, 2019b). It was not until after L’Ouverture’s death that Haiti became the independent country of Haiti as it is known now. Even though L’Ouverture was not alive to see the freedom of his home, it was his guidance and teachings that allowed for Jean Jacques Dessalines to declare independence against France in 1804 (The Editors of Encyclopaedia Britannica, 2018b).

After examining the history of Haiti’s leaders,

it is evident that the state of Haiti is directly related to the callousness of some leaders, greed of others, and general lack of leadership knowledge in some more. Had leaders followed the example of L’Ouverture, Haitians might be living very different lives today. L’Ouverture is proof that leadership comes from a multitude of places including an innate want to better life, a drive to acquire the skills needed to run a successful party, a benevolence needed to garner the trust and like of all people, and a thoughtfulness to pass that knowledge on so that the legacy of a nation survives past the individual. L’Ouverture was an unlikely leader, born a slave in a predominantly slavery-driven time. Regardless of his beginnings, L’Ouverture went on to create the first freed slave-created country and unified the people for a prosperous country that utilized all members of the nation as equals. The ability to be a leader may not be evident in every person, but it can be taught and sculpted through education. By supplying the right environment, leadership capabilities can be nurtured in every person.

May 2019
Project conception and proposal writing 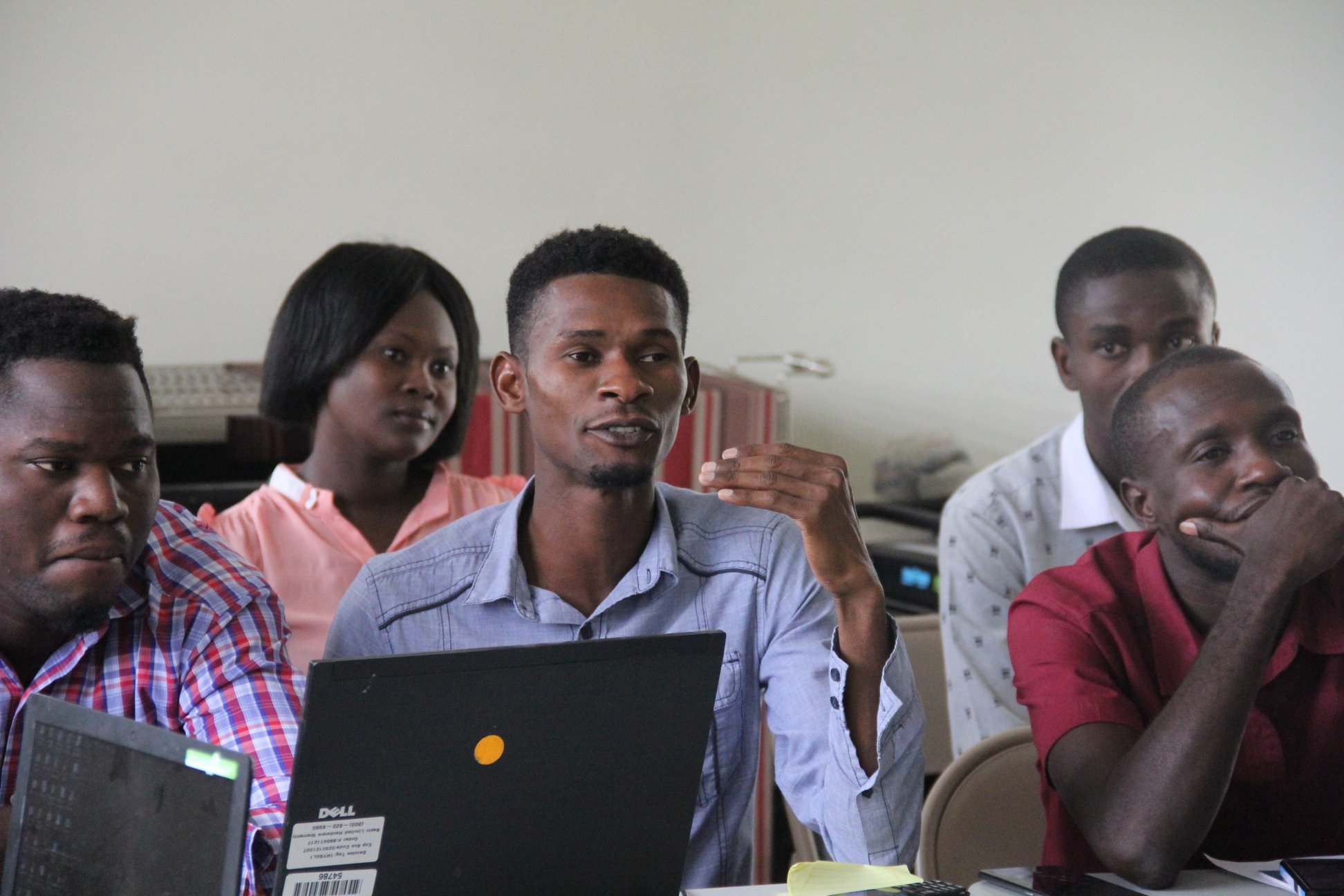 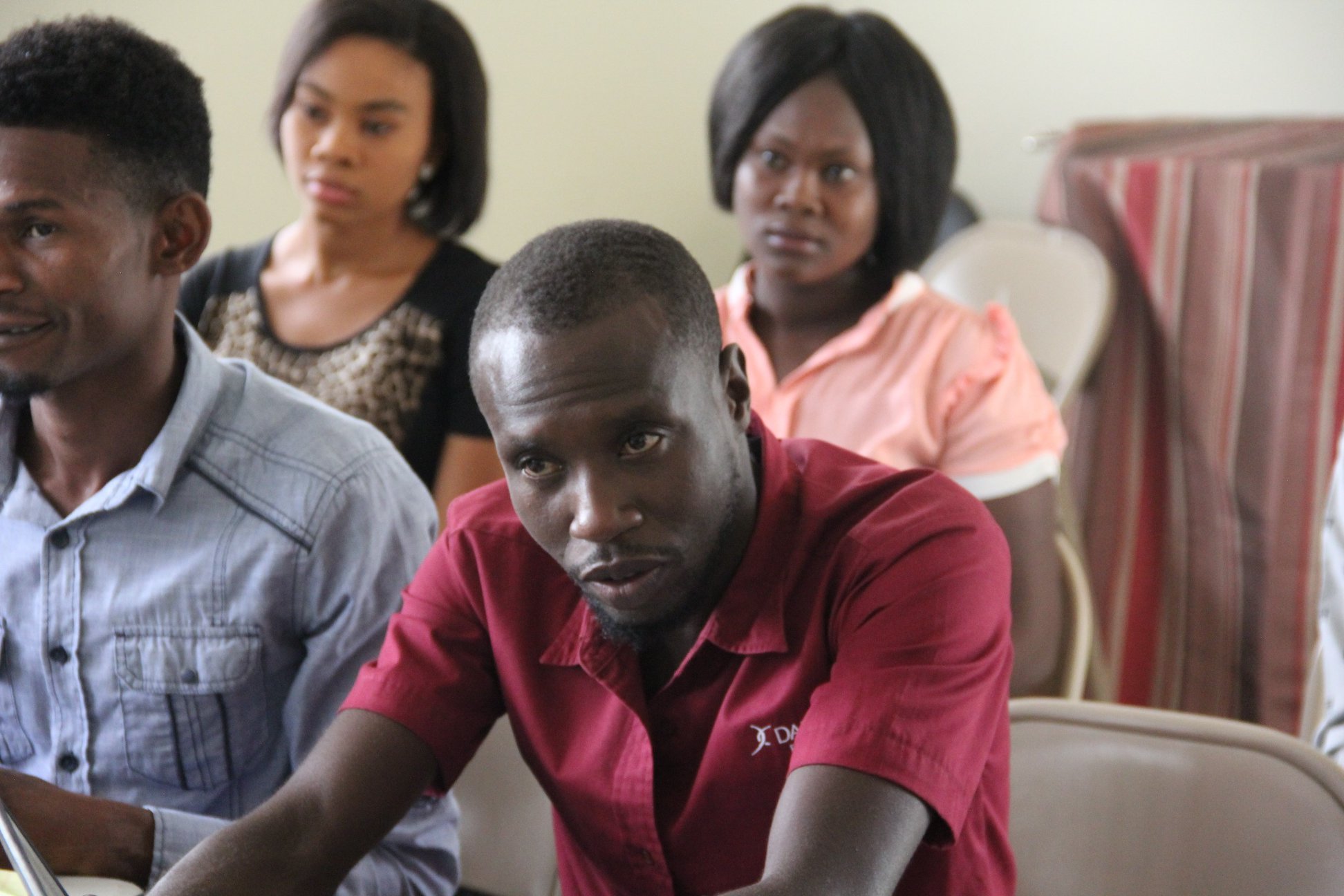 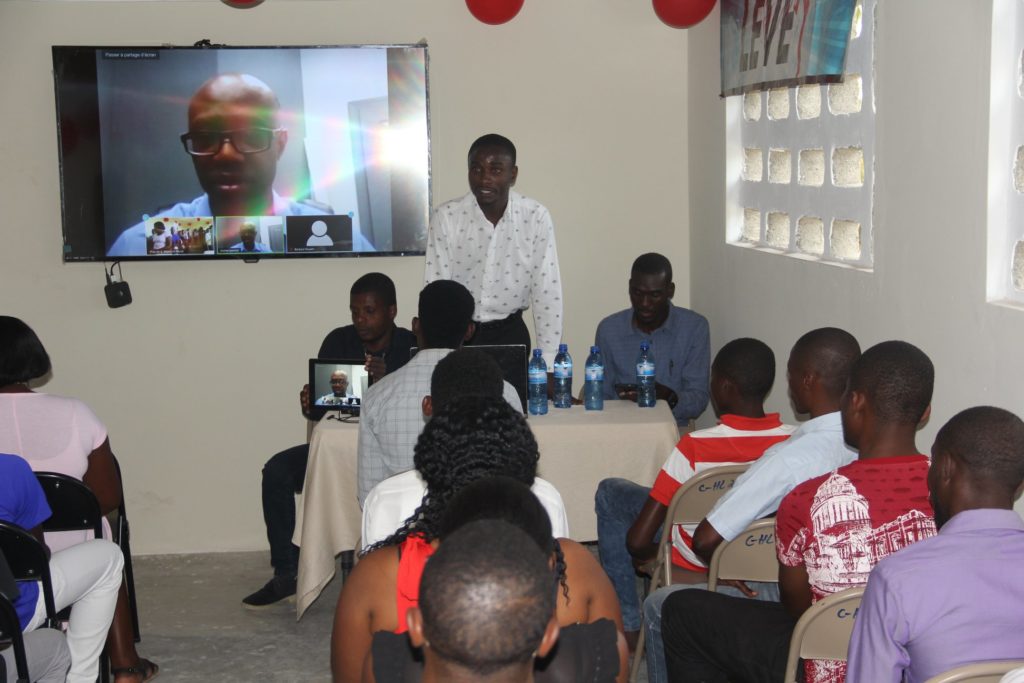 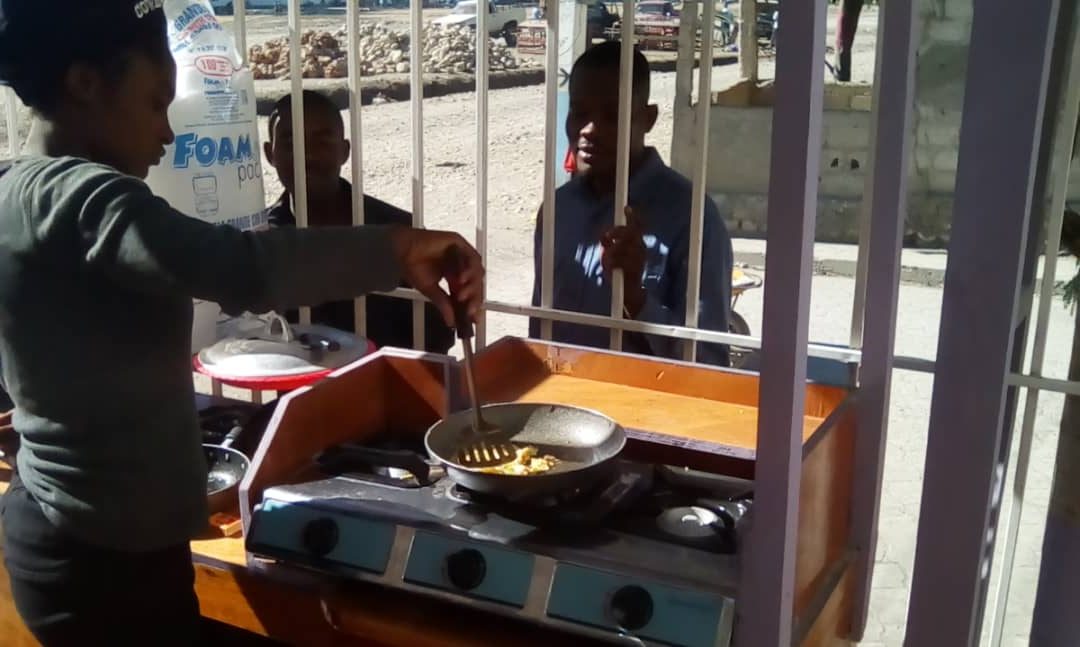 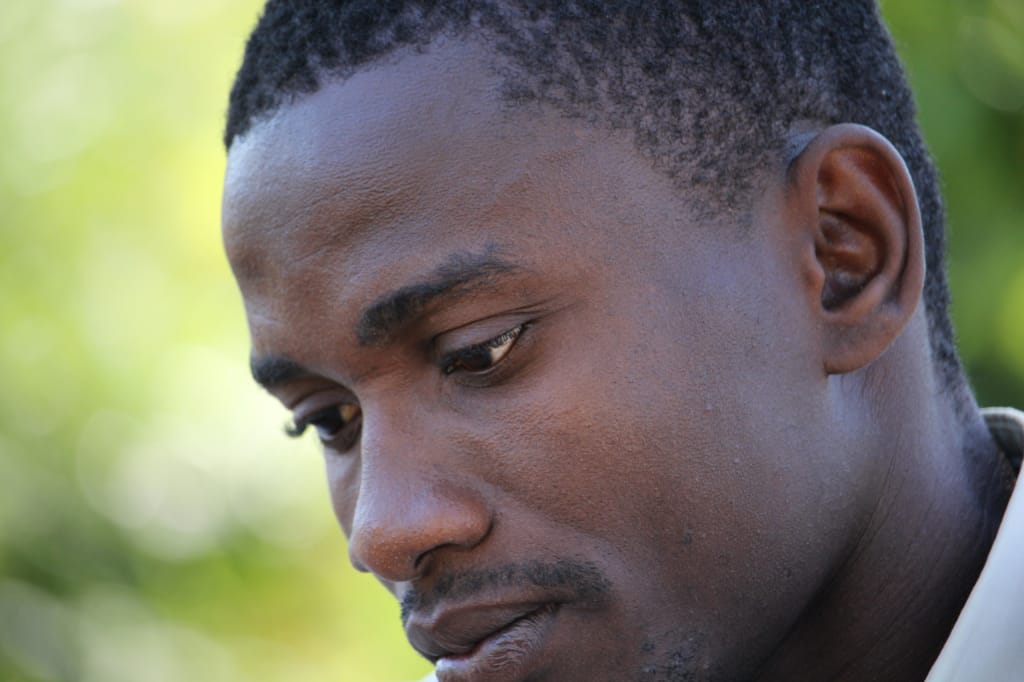 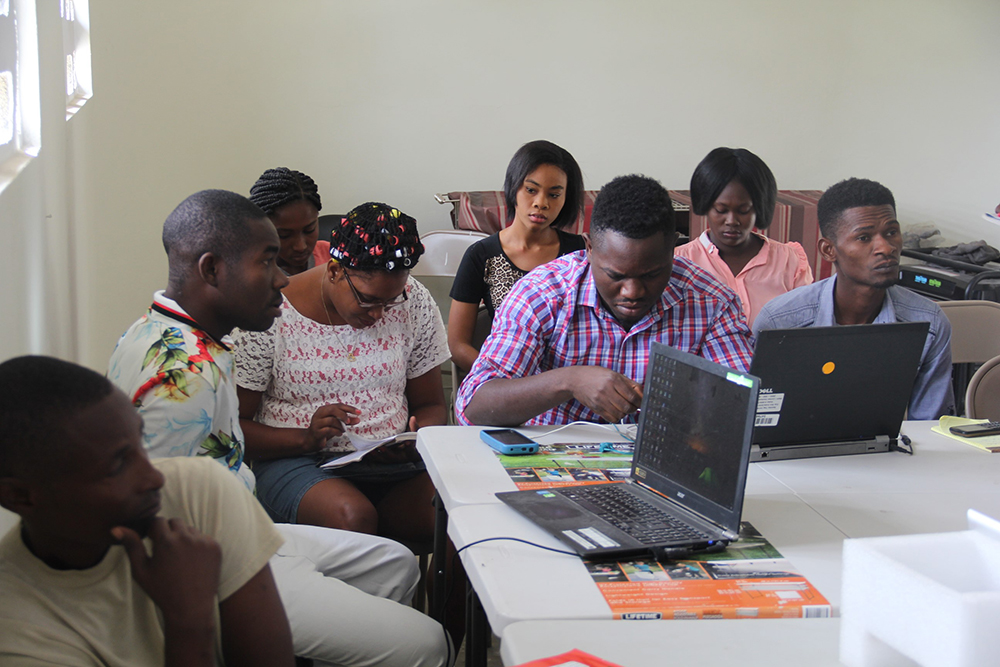 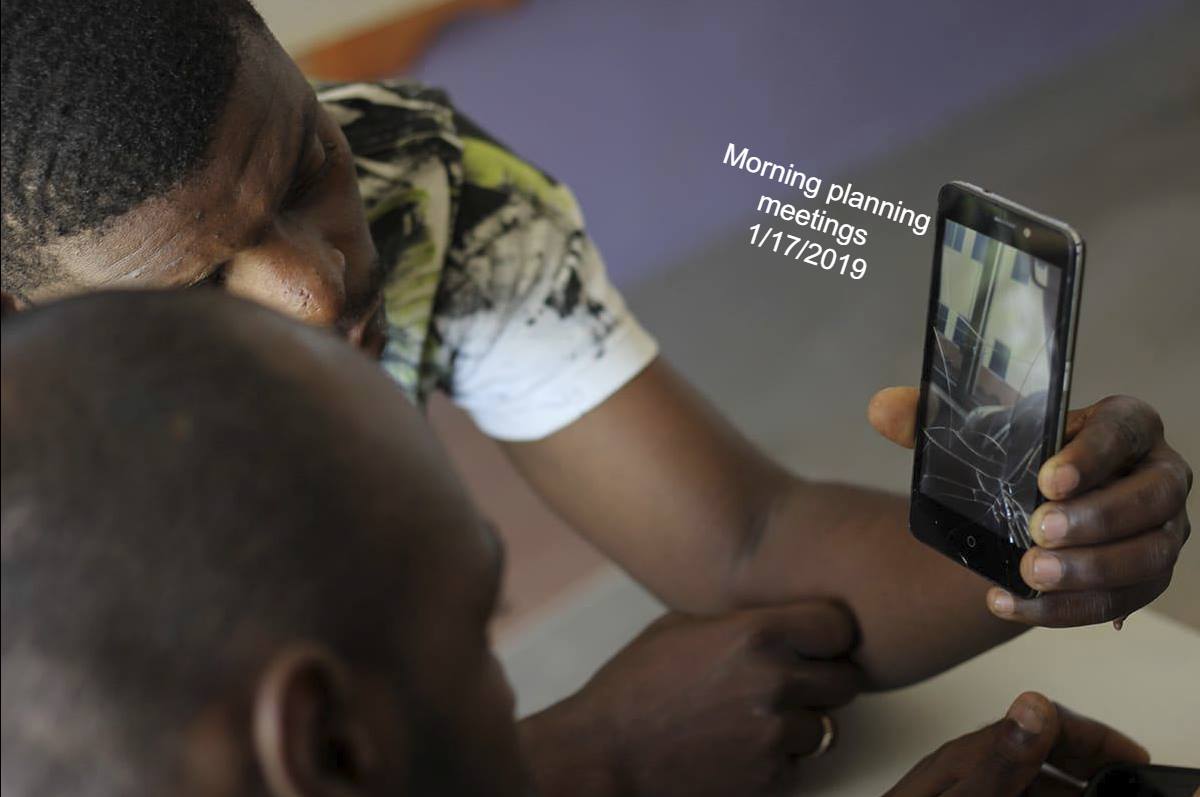 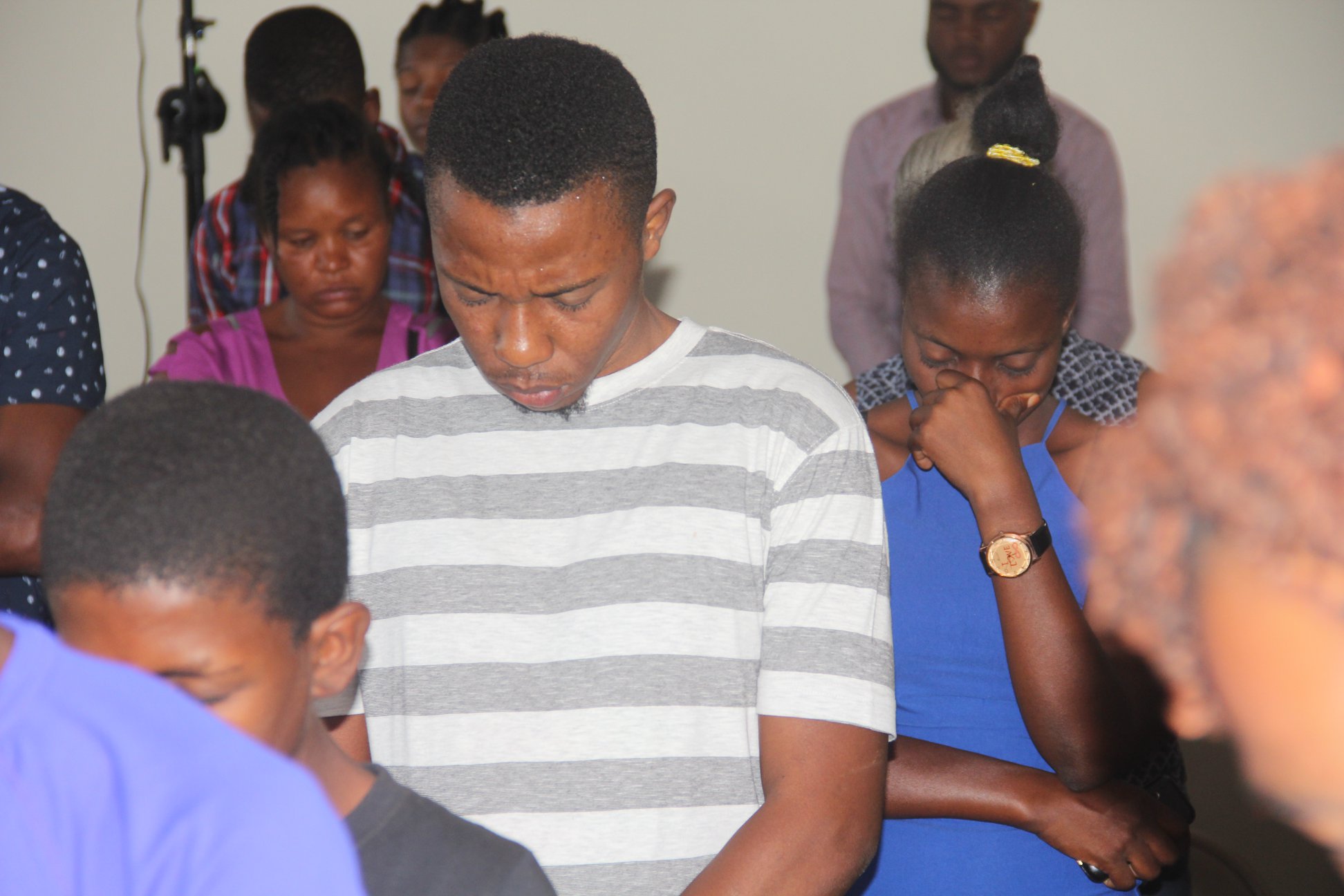 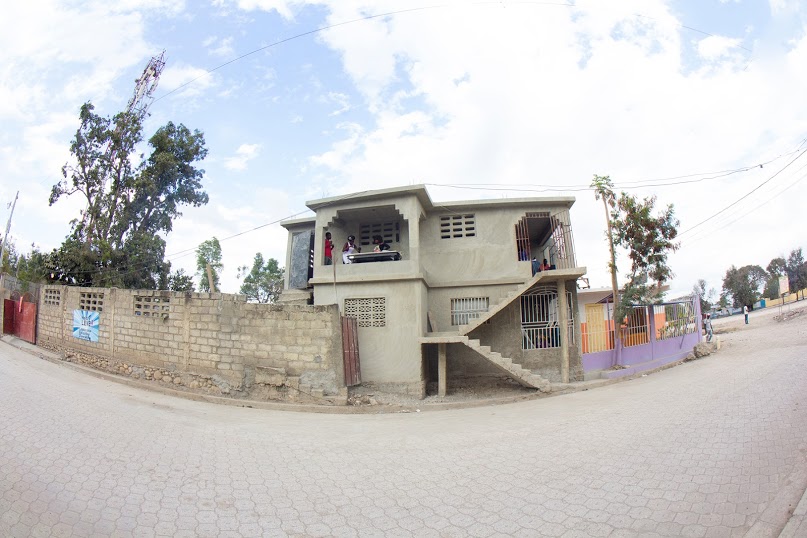 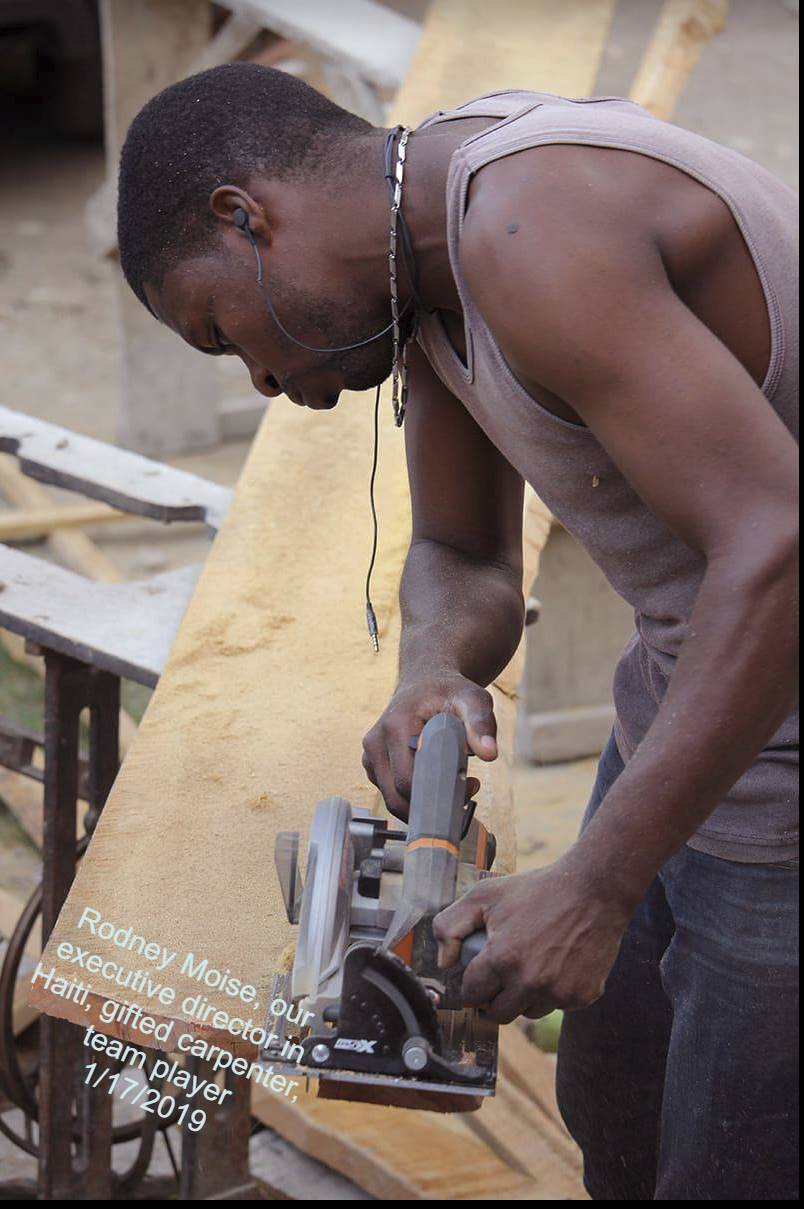 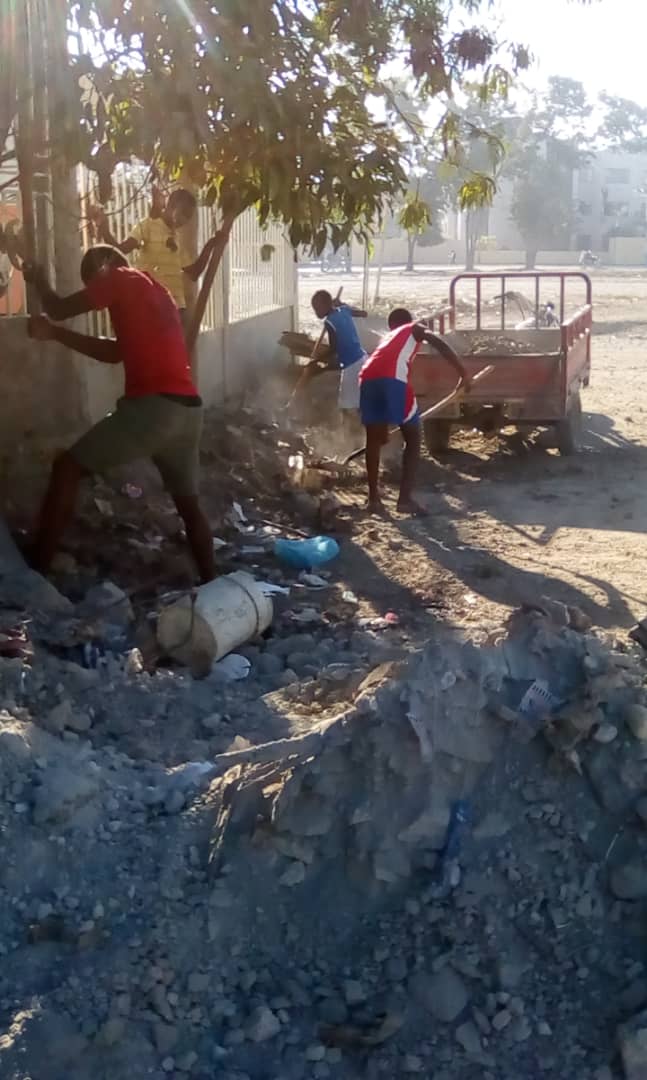 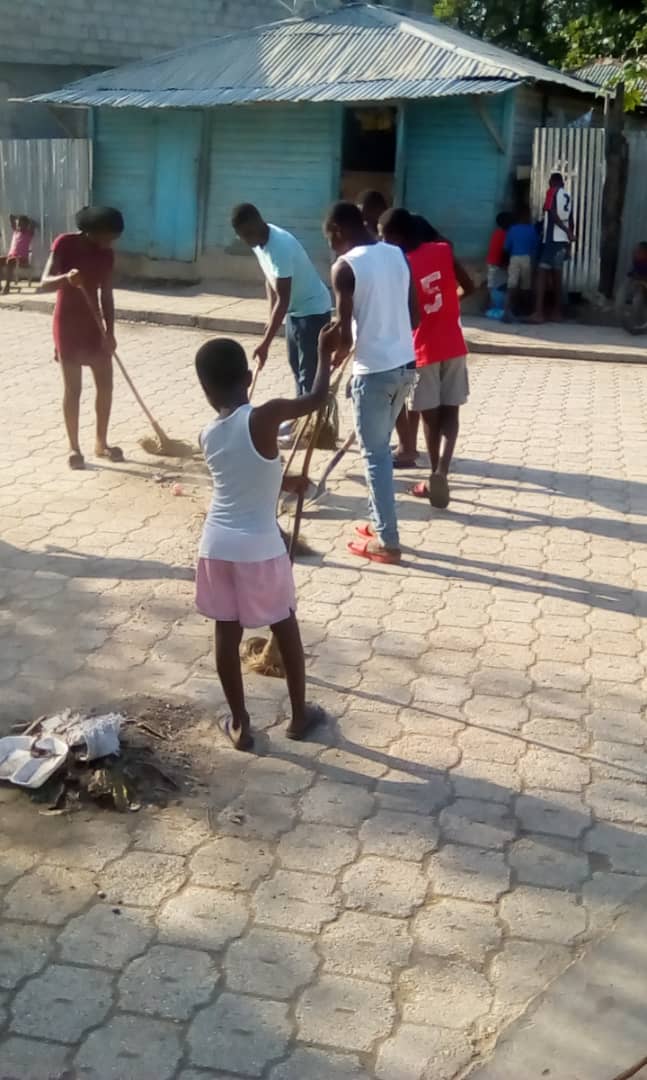 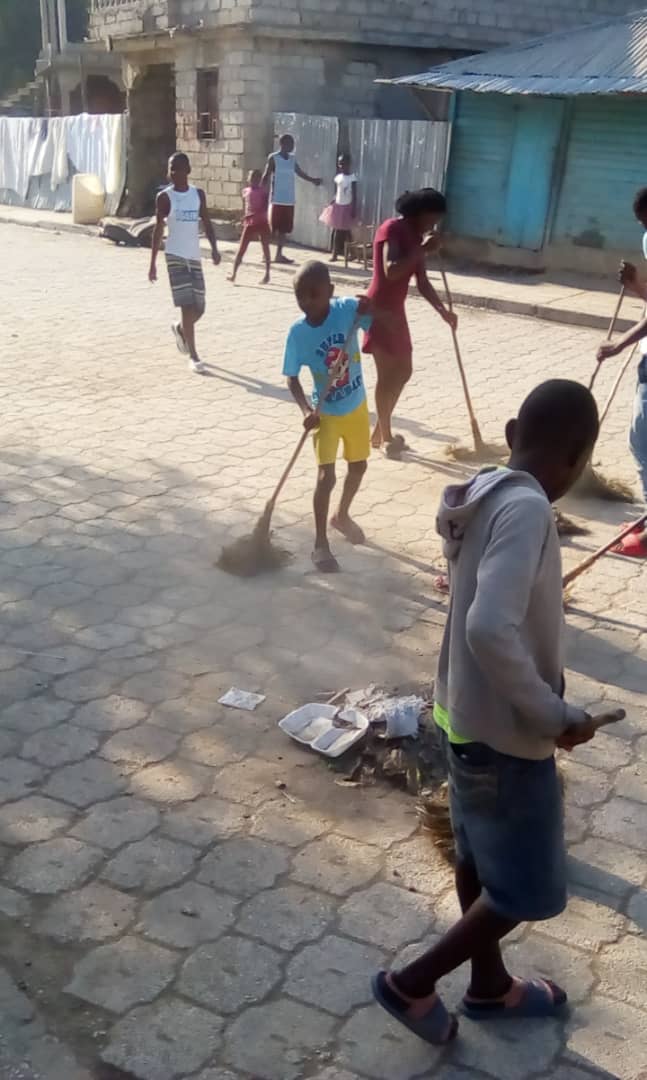 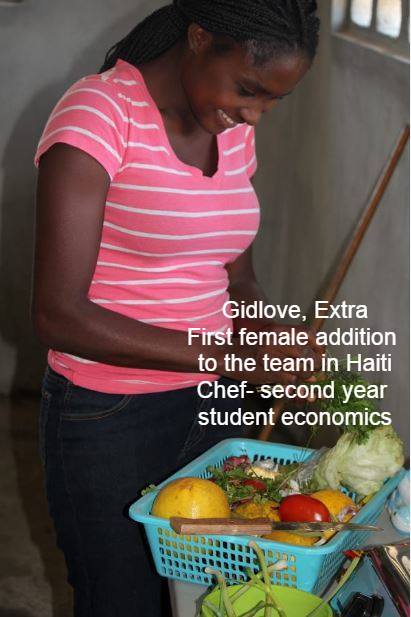 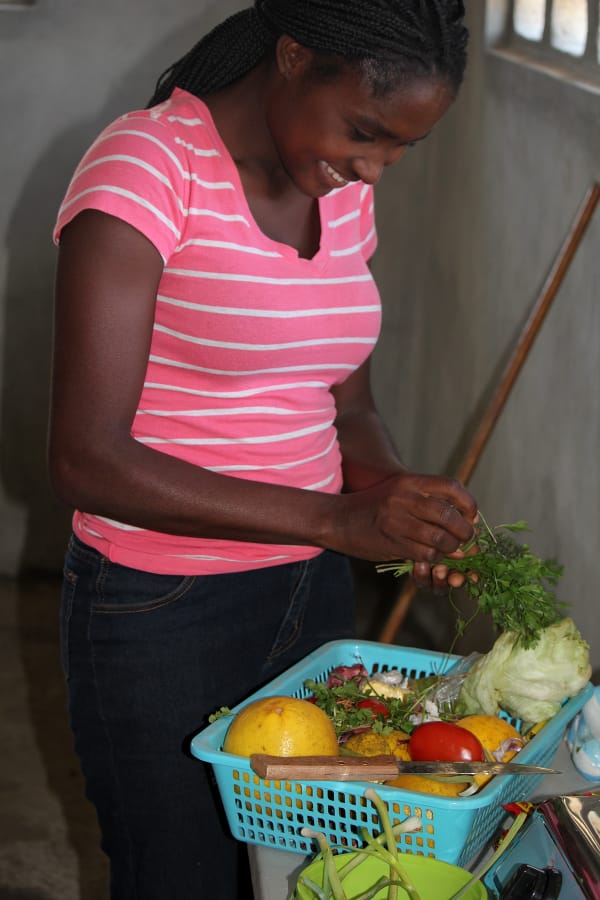 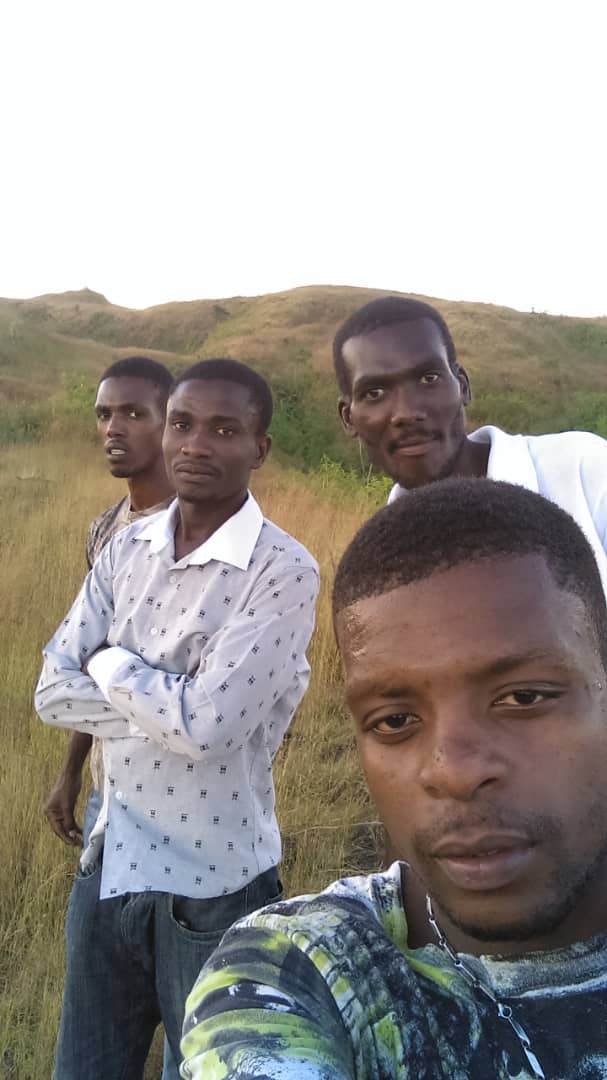 Our Greatest Need For This Program 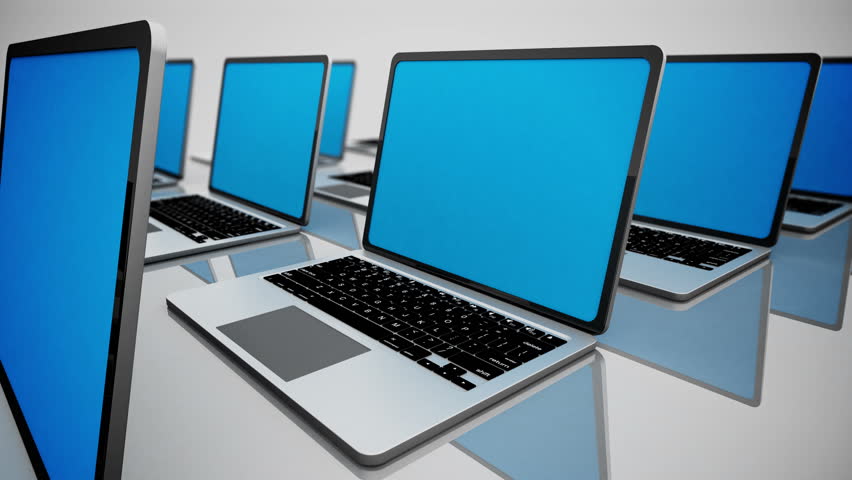 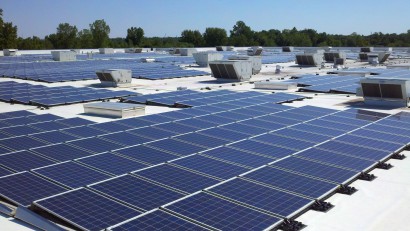 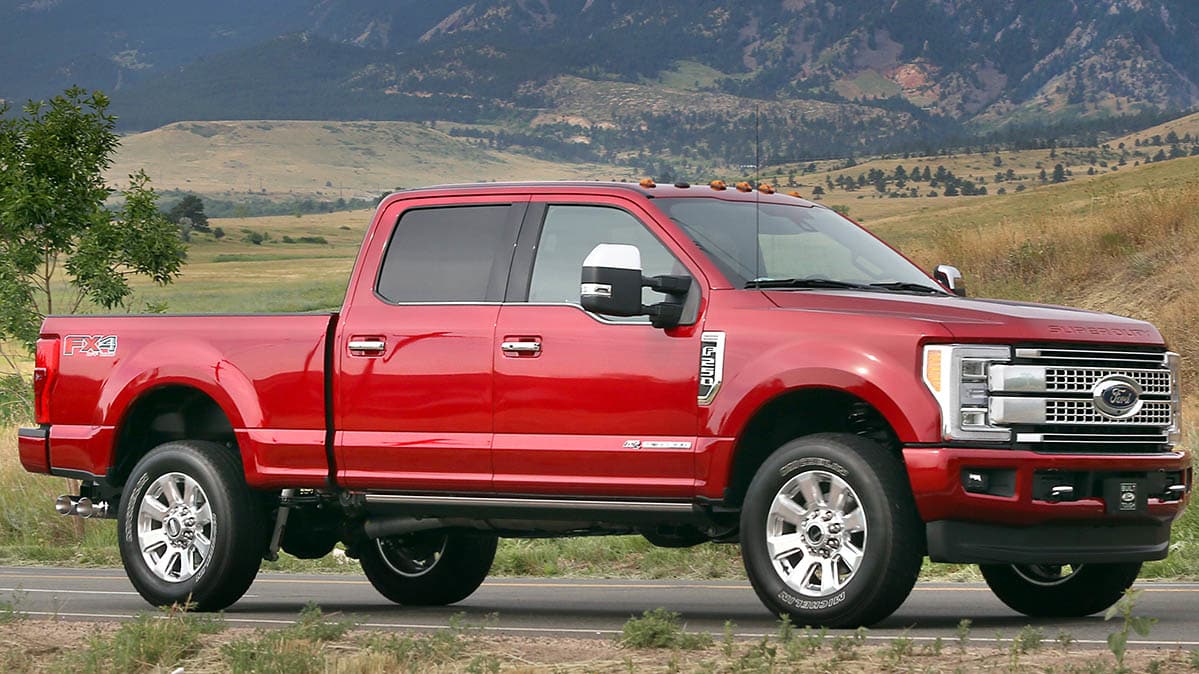 Currently our executive team does not have adequate transportation which is a major handicap for the organization success.