What Inspired Us to Become a Nonprofit for Communities

The economic transformation of Singapore from a poor nation in 1965, with little land and no natural resources to one of the richest countries in the world in less than one generation is extraordinary, and supports the assumption that effective leadership of government officials may be one of the most important indicators for economic development hence poverty reduction 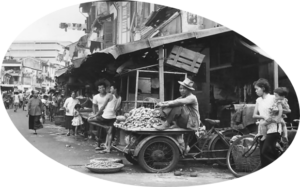 Lee Kuan Yew, the man who founded modern-day Singapore was one of the most influential leaders 20th century. He has been revered for his effective leadership, his dedication and hard work, that built the foundations that allow Singapore to become a major manufacturing and financial center today. (National Public Radio, 2015). 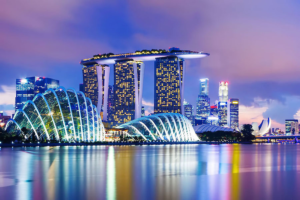 The Accomplishments Of Toussaint Louverture

Toussaint L’Ouverture was born in slavery in Haiti. His culture, environment and genetics shape him into becoming an effective leader. Historian reports the influence of his father Gaou Guinou, his GOD-Father Jean Pierre Baptiste, the teaching of the catholic religion have shaped his thinking and his behavior. During the slave uprising on 1791, he protected his master and his plantation from destruction. Due to his superior intelligence and diplomacy, he managed to become the General of the French army, and won many battles on behalf of the French people against England and Spain. In 1801, he self-proclaimed Governor General for Life in Saint Domingue (now Haiti). He was a visionary way ahead of his time, and under his leadership, he drafted a constitution for St Domingue (now Haiti and Dominican Republic). In 1801 where he abolished slavery in the whole island. He built public schools, established paid labor to restore the plantation system, and formed trade treaties with the U.K. and the U.S. St. Domingue was once again a very prosperous semi-autonomous French colony. Finally, he developed other leaders such as Henry Christophe, and Jean Jacques Dessalines who ultimately help Haiti gain independence from France after Toussaint L’ Ouverture arrest and death.

We are educating the next generation of effective leaders